No items found.
Product is not available in this quantity.
(in)appropriate
Luke Cornish (E.L.K)
Request a copy of the exhibition catalogue

In his latest body of work, “(In)Appropriate”, Luke Cornish(E.L.K.) has re-contextualised some of the most significant art historical paintings of the past five hundred years. Jacques Louis David’s “NapoleonCrossing the Alps” has been, in the hands of the stencil artist, transformed into "Napoleon (Dynamite) Crossing the Alps.” "Judith beheadingHolofernes” is now “Rose (McGowan) beheading Harvey (Weinstein)”. Certainly, there are political commentaries and social criticisms within these images.Cornish, however, maintains a distance from these critiques, imbuing the paintings with a jovial nature that is sometimes at odds with the seriousness of the subject matter. Moreover, the diversity of themes being criticised (Cornish tackles everything from feminism, to drone strikes, to the rights of refugees)works to dilute the seriousness of the condemnation. He is certainly not dispassionate about the subject matter, however, one is certainly given the impression that Cornish has re-contextualised these historical paintings almost willy nilly. At its core, “(In)Appropriate” reaffirms the right of the individual generally, and the artist specifically, to vandalise the inviolable, to treat nothing as sacred. This is conveyed in form as well as content.Beautiful oils have been exchanged for stensiled layers of aerosol. Blasphemous imagery has been presented in the traditional framing typical of a National ArtGallery. Artistic styles have been effortlessly and almost scornfully mimicked.On all levels, Cornish mocks and subverts, undermines and destabilises. This sentiment is personified in the triumphant, yet absurd, figure of Napoleon(Dynamite) calmly poised to cross the metaphorical mountains of political correctness. Cornish, it seems, has weaponised the absurd expression of his subject (a surrogate for himself, perhaps), as it allows him to tackle the themes which even his horse is terrified of. The show amounts to an exercise in the kind of subversion that ultimately has its roots in Street Art.

Luke Cornish is an Australian artist creating unique, powerful images from handmade stencils. His rise within the contemporary art world has been meteoric, becoming the first artist to be nominated for the Archibald Prize and the Sulman prize with a portrait created entirely out of stencils. A former blue-collar worker from Canberra, Cornish’s apathy and boredom during his mid-twenties encouraged him to start experimenting with stanley knives and spraypaint cans. Nearly ten years later, Cornish has literally carved his name into the public’s mind.

Using up to 85 layers of carefully hand-cut acetate, he sprays layer upon layer of aerosol paint until his images bear a striking photographic resemblance: this is a new form of hyper-realism that is unlike what has been seen before. Formally known as E.L.K, he uses the tools of a street artist to create decadent, detailed works that envelop the viewer. There is an honesty to Cornish’s work, slicing back the layers and reconstructing his muses with astonishing deftness. The emotions that permeate through the eyes of his portraits have great depth, the shadows created by the stencils highlighting their anguish. His subjects all seem to share the same hardship and determination that Cornish himself has experienced, lending to a sense of dire reality in the unreality of his images.

After a few small exhibitions across Australia, Cornish’s abilities began to attract public attention. Over the past five years he has been granted many awards, including being selected as a finalist in the Metro Art Prize of 2011, winning the Australian Stencil Art prize in 2010, the most popular stencil at Melbourne Stencil Festival in 2008, and creating a shortlisted Tropfest film on the making of his Archibald portrait. And finally, the Archibald itself. This represents a shift in the contemporary art world, as Cornish’s controversial nomination has proven that stencilling is a viable fine art form that is now competing with more traditional methods.

He has continued to refine his craft, striving to push the boundaries of his medium and creating picture-perfect stencils. Cornish has nuzzled his way into the fine art world, showing that even if the pen is mightier than the sword, the scalpel might win out overall.

In 2013, he achieved the highest ever auction result in Australia for street art for his Archibald piece of Father Bob at Bonhams.

Luke Cornish (E.L.K)
Request a copy of the exhibition catalogue
No items found. 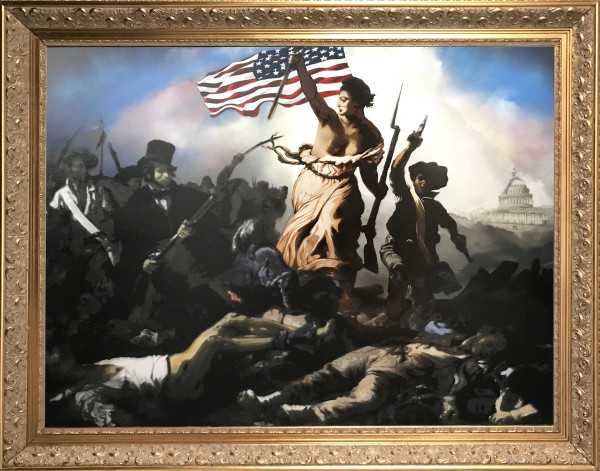 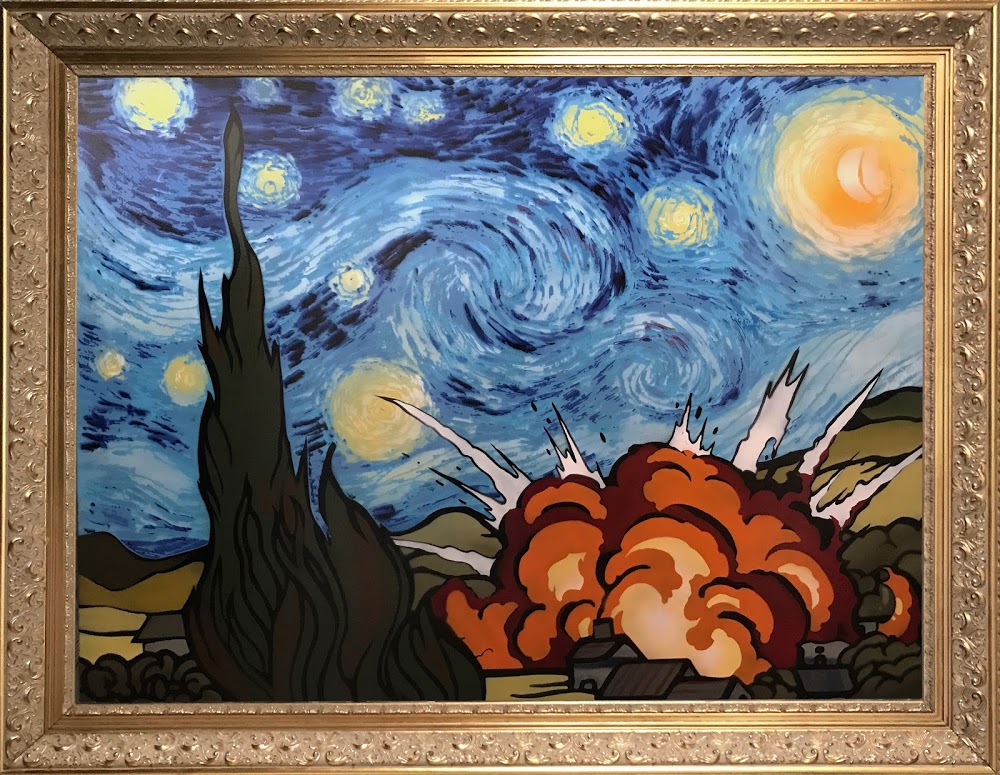 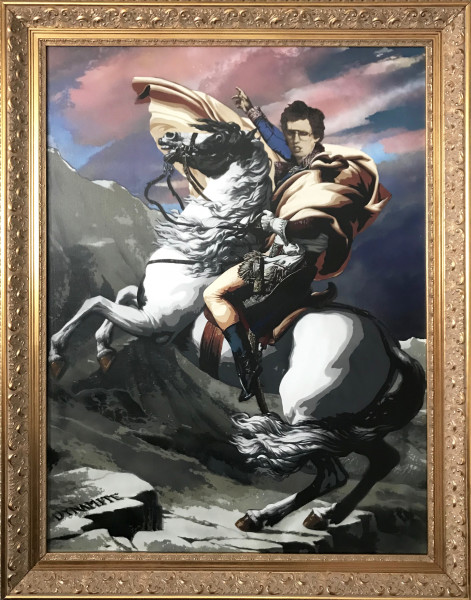 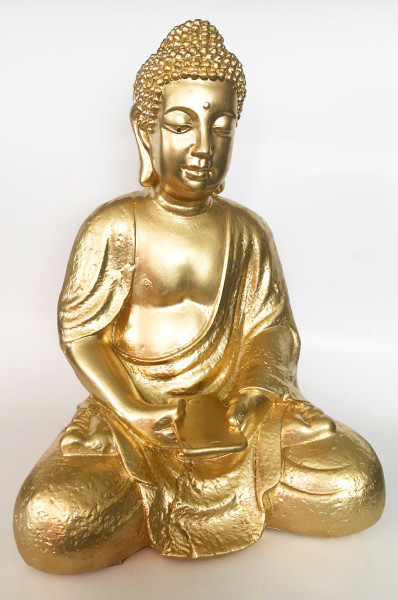 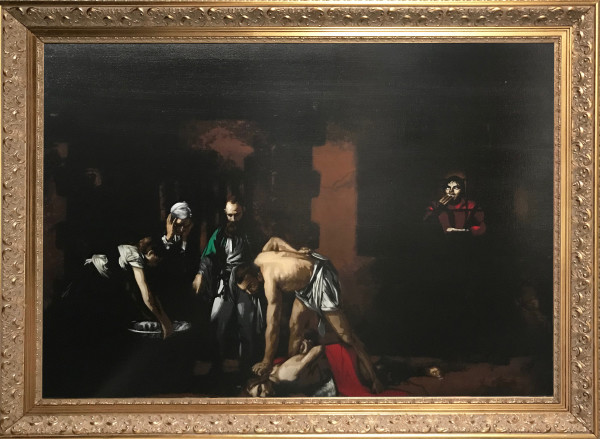 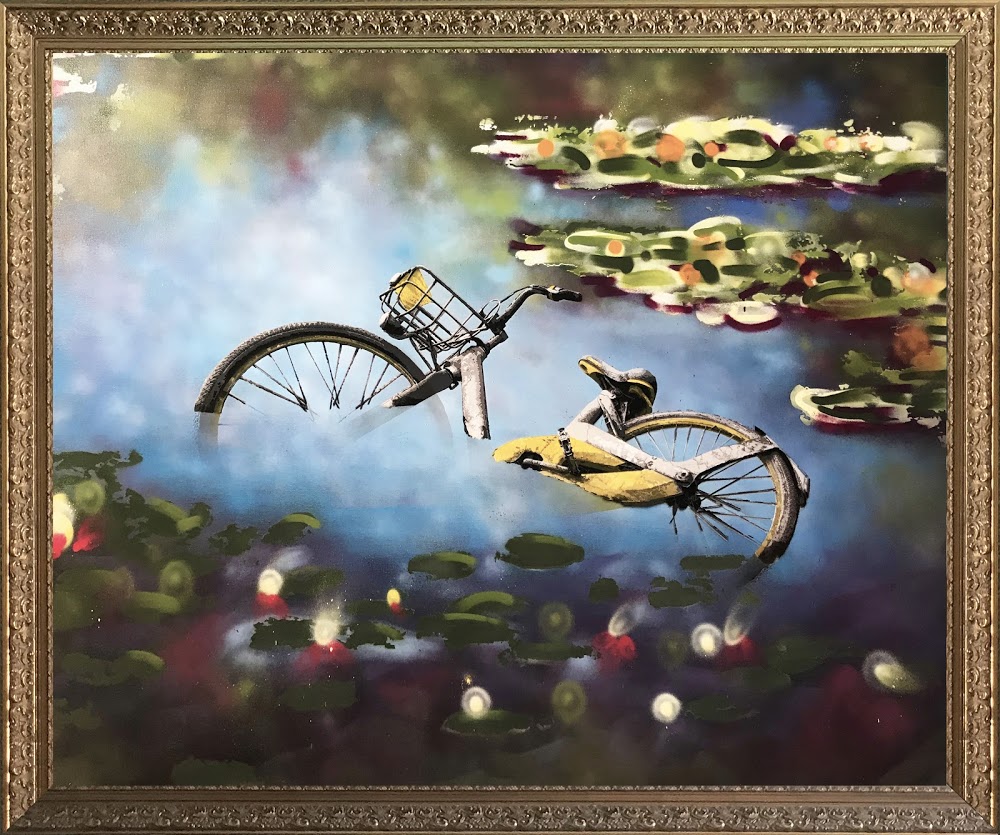 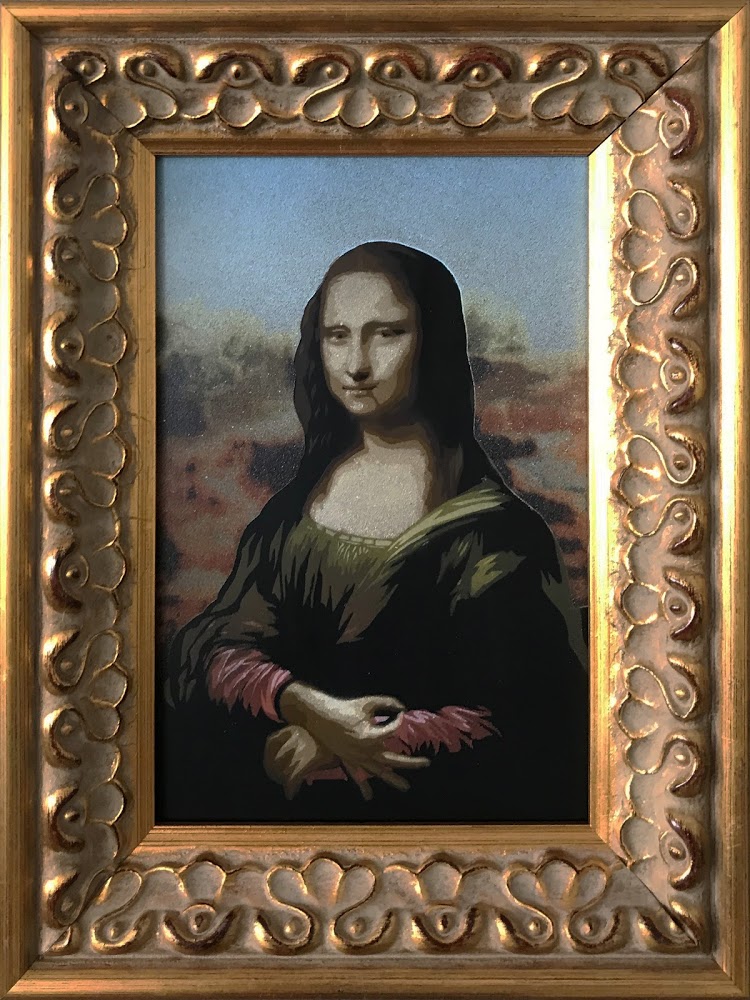 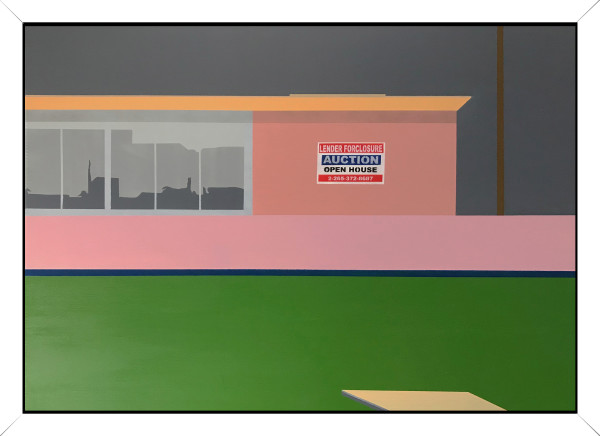 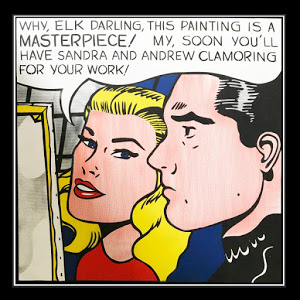 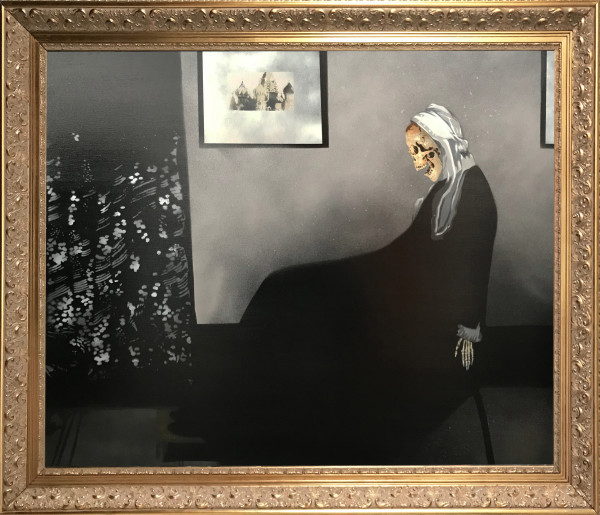 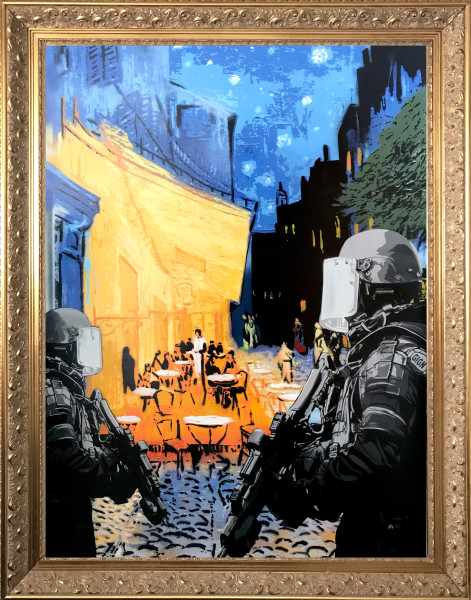 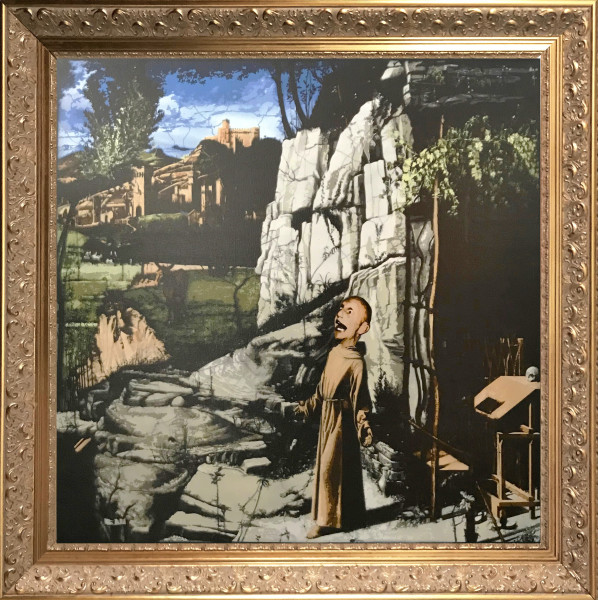 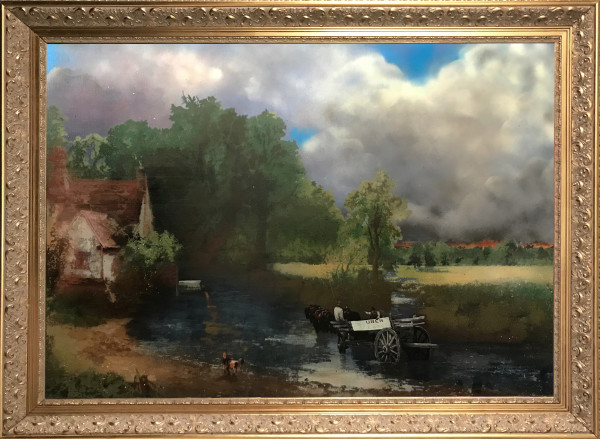 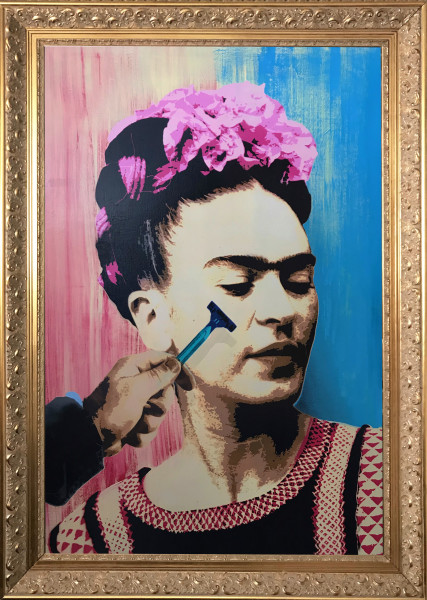 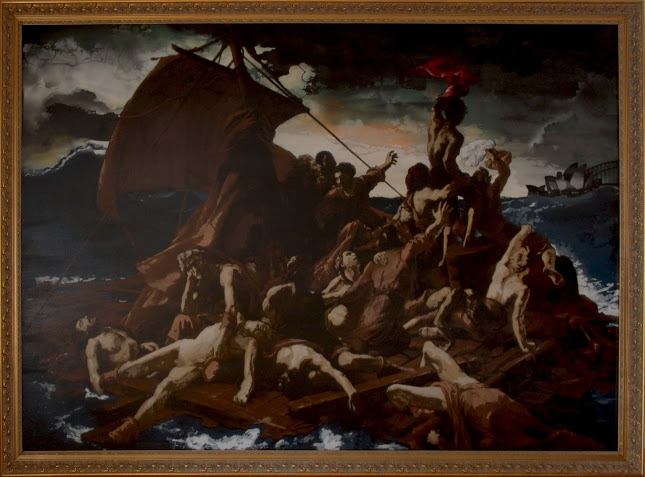